Dr. Jiyeon Hwang is a Korean lyric coloratura actor-singer soprano known for her distinctive vocal range and tone. She has performed numerous operatic roles, recitals, and concerts throughout the United States, Italy, the Czech Republic, and South Korea. Jiyeon received her Masters of Music Degree in Voice Performance from Manhattan School of Music in 2015, having studied with Catherine Malfitano. She currently received her Doctoral Degree in Voice Performance from the University of Minnesota under Jean Del Santo.

She won the 1st prize in the Kenwood symphony orchestra competition and 2nd prize in the NATS competition. Her performances based in Minnesota include Park Concerts at Lake Harriet, Como Park, and Brits Pub with Kenwood Symphony Orchestra in the summer season.

She is qualified to teach and classical singing and Musical theater singing based on operatic technique. Jiyeon is currently based in Minneapolis and teaches primarily via zoom and facetime, making many achievements to students.  Current students included musical theater singers, actors, K-drama TV stars, and classical singers. She has taught famous musical actress voice coaching and directed every role made in Korea. She made her successful voice coaching to the renowned Academy Award-winning film “Parasite” directed by Bong Joon-ho for the role of the opera singer. The actor just successfully finished American film shooting as the role of an opera singer under her teaching in Vancouver (It will be launched in Winter 2021). Completed musical works with her are Werther, Monte Christo, Phantom, Anna Karenina, and Rebecca. Since 2010, she has successfully advised and prepared students for acceptance into high-ranking music schools with making it to their improvement. As a result of her students in Classical singing, they have acceptances to the Master Degree in Vocal Performance from Manhattan School of Music, University of Indiana (Jacobs School of Music), and New England Conservatory (in cases with scholarship)

Last season, She joined making a new genre of worldwide premiere virtual opera called Webpera (Web+opera), “L’elisir D’amore,” with Camerata New Jersey during the pandemic. Also, she was cast as Berta from the Opera “The Barber of Seville ” with Cleveland Opera theatre in 2020. She is a proactive person who reacts timely to different incidences in this fast-changing era, such as a pandemic. Operatic roles she has performed include Adina (L’elisir d’amore), Adele (Die Fledermaus), Zerlina (Don Giovanni),Susanna (Le nozze di Figaro), Lisette (La Rondine), Berta (Il barbiere di siviglia), Anna Gomez (The Consul), Miss Titmouse (Too many Sopranos), Papagena (The magic Flute), Carollina (Il matrimonio segreto), and Lakmé (Lakmé).

Jiyeon’s teaching philosophy is grounded in the belief that each student has a unique voice. Her responsibility is to encourage and guide students to discover and strengthen their vocal style instead of pushing them to conform to a typical voice. She believes that understanding the student’s voice type is the first thing a teacher should do.

Finding among different ranges and voices is the most important thing, and she can expand the students’ vocalization techniques and repertoires. To do this, it is crucial to understand the human body as an instrument and understand how our specific anatomy produces sound in the right ways. Knowing how this works can help students improve their voices and learn to sing effectively. The ultimate goal is to teach students to be attuned with their bodies to keep their vocal folds healthy.  To maintain a healthy body and vocal folds, she believes it is essential to encourage students to practice daily under a vocal pedagogical method to discover their style and reach their potential as vocalists. In addition to building physical voice skills, it is the goal for her to encourage students to be confident, grow their understanding of music, and enjoy the process of learning.

After that, the next step in teaching is musicality. The song is based on lyrical poetry and storytelling, delivering emotion through the vehicle of text. The first step is to teach students to learn the text, such as reading the lyrics correctly and studying meaning. It is crucial to assign repertoires based on a student’s vocal ability and style depending on current status from beginner to professional. A proper tessitura is an essential factor for students. Beginners should avoid songs having too many leaps or in the romantic era or rhythms that are too hard or require many musical expressions. This is because it can cause confusion and difficulty in vocalization due to musical elements unrelated to training. She helps to build up step by step, depending on the level. Students need a strong emotional connection with the teacher.

Payment:
Checks, Cash, and Venmo accepted.
Lessons must be paid for in advance or at the time of the lesson. Lessons that are canceled without proper notice will be invoiced or can be paid at the next lesson.

Jiyeon has a 24-hour cancellation policy. 24 hours notice is required for all non-emergency cancellations. It will be paid if the student does not notice less than 24 hours. For a high-quality lesson, she is always fully prepared to enter each lesson. Please respect her time as same as students’. It is better to cancel early and have a makeup lesson scheduled than lose your lesson entirely. she encourages you to arrive studio early and prepare for your lesson.

If for some reason she needs to cancel a lesson, students will be notified immediately and the lesson will be rescheduled within 2 weeks.

Thanks for keeping this in mind.

Jiyeon teaches primarily via zoom/facetime and availability is very flexible Monday – Saturday. Contact Jiyeon at jiyeonhwang88@gmail.com to ask about a lesson or schedule a lesson time. 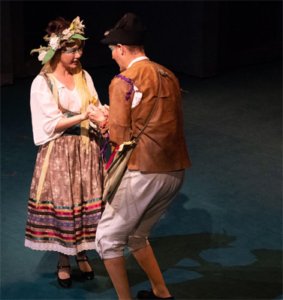